Is alcohol-free beer healthy? Nutritionists say its benefits are overestimated


When Gabriella Prettelt started serving as a bar around eight years ago, the only customers who ordered non-alcoholic beer were elderly people.

“You wouldn’t surprise anyone in their early 20s drinking it,” said Prettelt, whose work as a bartender complements his daytime job as a nutritionist. “Now I certainly see him a lot more in the younger crowd.”

The popularity of non-alcoholic beer has skyrocketed in recent years as more Americans – especially millennials – have sought to reduce or even eliminate their alcohol consumption. Non-alcoholic beer sales increased 39% in 2019 and 38% in 2020, reaching $ 188 million, according to the IRI market research.

And consumers are no longer limited to O’Doul’s.

A nascent craft scene is led by The Athletic Brewing Co., a Connecticut-based company founded in 2018 with the intention of producing delicious tasting alcohol-free beer. The company offers four beers, including two IPAs, and has 46% of the U.S. market for alcohol-free craft beers, according to the Boston Globe.

But the big brewing companies also sense an opportunity: Boston Beer Co., maker of Sam Adams and Dogfish Head beers, launched its first alcohol-free offering, Just The Haze, in March. Anheuser-Busch not only brought in former NBA star Dwyane Wade to plug Budweiser Zero, but also reportedly intends to have non-alcoholic and low-alcohol beers that make up 20% of its overall portfolio. of beers.

Many non-alcoholic beers have been marketed as an option for health-conscious people who enjoy the taste of beer, but don’t want the after-effects of alcohol.

Nutritionists vouch for the role of products in reducing alcohol consumption, but they stop long before describing it as a healthy drink. Rather, they view it as an occasional treat and warn consumers about the myriad of claims regarding its nutritional benefits.

“I think this is a good idea if you want to cut back, or as a stepping stone on the path to a sober lifestyle,” said Prettelt, a registered dietitian in the department of surgery at Cooper University Healthcare. “But nutritionally, it’s not like not drinking, because there are calories, carbohydrates, and all of those things involved.”

Most regular beers contain between 145 and 175 calories, with some craft beers – especially IPAs – exceeding 200 calories. Light beers contain 95-120 calories. The calorie content of non-alcoholic beers ranges from around 60 to 120. But they tend to contain almost as much, and sometimes more, carbohydrates than regular beers.

The table below shows a comparison of several regular, light and alcohol-free beers. All figures are based on a 12-ounce serving:

Nutritionists advise people to keep their health goals in mind when enjoying a night out. If they’re just looking to cut down on their alcohol consumption, non-alcoholic drinks can play a role. But if they take a more holistic approach to health, they need to be careful about everything they drink.

“What non-alcoholic beer will do – it will prevent that feeling of alcohol, that feeling of drunkenness,” said Emily Rubin, director of clinical dietetics at Thomas Jefferson University Hospital. “So it will be better for this situation, if you don’t want to get drunk in quotes. And you socially seem to be having a drink.”

It can also indirectly help prevent people from consuming extra calories. Research suggests that alcohol blocks hormones related to fullness, feelings of fullness, and that it may stimulate nerve cells in the brain that increase appetite, which helps explain why people crave post-workout cravings. drinking night. 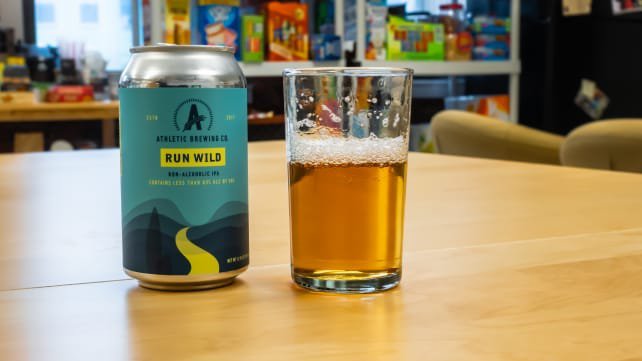 The Athletic Brewing Company produces four non-alcoholic beers, including Run Wild, an IPA. The Connecticut-based company has about 46% of the craft market for alcohol-free beers.

Nutritionists advise people against rejecting non-alcoholic beers simply because they lack substantial amounts of alcohol. Like regular beers, they represent empty calories. For example, The Athletic Brewing Company’s Wild Run IPA contains 70 calories and 16 grams of carbohydrate, about as much as a slice of wheat bread.

“Would you like to sit there and eat six slices of bread for no good reason?” said Liz Z. Emery, director of the dietetics program at La Salle University. “It’s fine to drink a little of this, but if you’re watching the calories – in moderation.”

Nutritionists also point out that alcohol-free beers have little or no nutritional value. On the contrary, they say that the health benefits of the products are overrated. This includes claims that beers are a source of polyphenols, plant compounds believed to improve digestion and protect against heart disease, type 2 diabetes and certain cancers.

For starters, the polyphenol content in beer remains a guess, nutritionists say. It is not clear that significant amounts of polyphenols are transferred from hops and grains to the liquid beverage. Plus, anyone looking to add more polyphenols to their diet can find better sources elsewhere.

“There is obviously the highest content in fruits and vegetables, spices, tea, dark chocolate,” Rubin said. “And there is a higher percentage of polyphenols in wine than there is in beer.… We still wouldn’t recommend drinking alcohol for the polyphenols or the antioxidant benefits. We much prefer drinking alcohol. that you consume fruits and vegetables with alcohol. “

The benefits of non-alcoholic beer as a post-workout drink are also overrated, according to nutritionists. 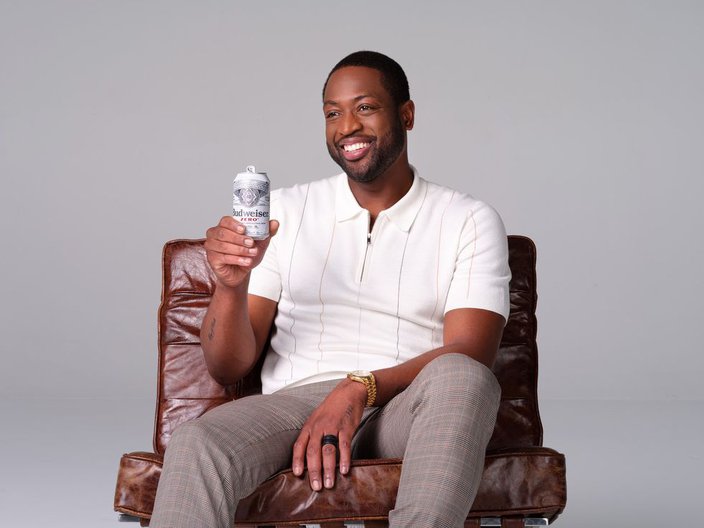 Budweiser has teamed up with NBA star Dwyane Wade to promote Budweiser Zero, a non-alcoholic beer.

Unlike regular beers, non-alcoholic beers do not dehydrate. They provide carbohydrates, which can provide energy. But they usually lack significant amounts of electrolytes like magnesium, potassium, and sodium.

Again, there are simply better post-workout options available, nutritionists say. A long distance run may justify a sports drink because it will help replenish carbohydrates and provide electrolytes. Strength training requires something with more protein.

Consumers should be aware that many non-alcoholic beers contain traces of alcohol, but this is not enough to make a person intoxicated. The United States Food and Drug Administration allows non-alcoholic beers to contain up to 0.5% alcohol by volume. Beers labeled alcohol-free – like Budweiser Zero – must have an ABV of 0.0%.

There is little research on the effect of alcohol-free beers on unborn babies, and the United States Centers for Disease Control and Prevention advises women to avoid all alcohol consumption during pregnancy.

The bottom line, Emery said, is that non-alcoholic beer is a “great alternative” to regular beer because it doesn’t have the harmful effects of alcohol. It’s just not a healthy drink.

“You wouldn’t really drink it for any nutritional benefit,” Emery said. “But if you want a beer on a hot day, this is definitely a better choice.”